Part II: The Elements and Principles of Interior Design, The Principles 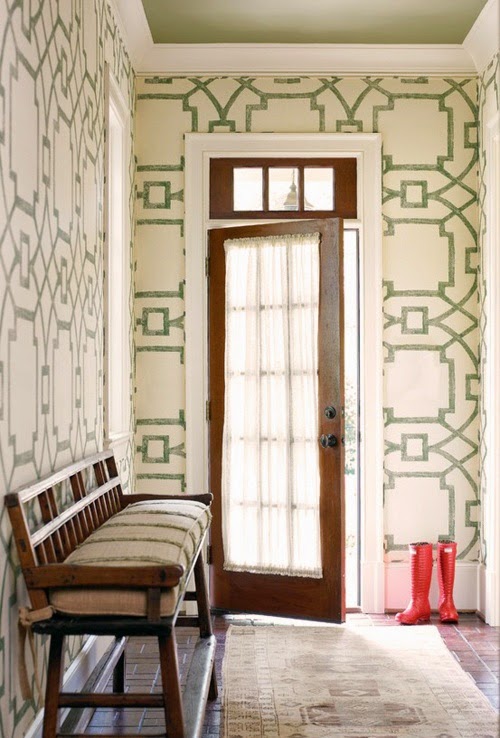 above via COCOKELLEY.com
According to college design textbook “Inside Today’s Home” by LuAnn Nissen, the elements of design are space, form, line, texture, light and color while the principles of design are balance (symmetrical, asymmetrical and radial), rhythm (repetition, progression, transition and contrast), emphasis, scale/proportion and harmony (unity and variety). These terms provide designers with a vocabulary for various elements of design, as well as an explanation as to how and why the elements work together. 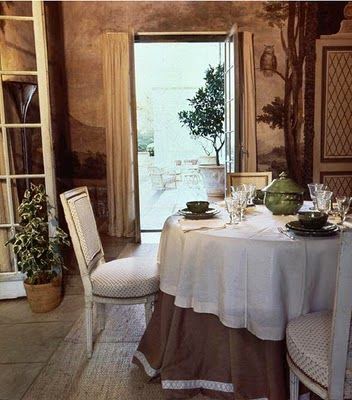 above BILLY BALDWIN
My last blog post covered the elements. This week’s column explains how the principles work. If the elements are the tools or “raw ingredients” of interior design, the principles are the recipe. Balance, rhythm, harmony…in design these terms explain how various visual components relate to one another and why we find them appealing. 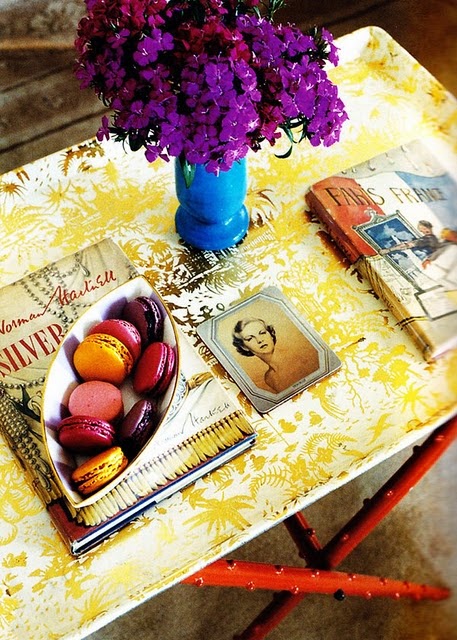 above HAMISH BOWLES
Balance (symmetrical, asymmetrical and radial) refers to the equal distribution of weight, size or bulk of an object or space on an axis in an aesthetically pleasing composition. Symmetrical balance, also known as formal or passive balance, happens when one side of something is the exact same as the other half: a mirror image.  This type of balance can be seen in a pair of scones flanking a painting above a fireplace; two candlesticks flanking a centerpiece on a dining room table; or two exterior light fixtures flanking a front door. It is helpful to use this type of balance when placing importance on an object, such as the painting or the front door. 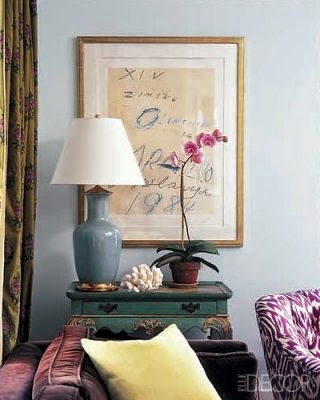 above EMMA JANE PILKINGTON
Asymmetrical balance, also referred to as informal or active balance, is differing objects arranged along an axis, equal distance apart but of equal weight or bulk. It’s used in casual design and is generally more complex than symmetrical balance. Rather than having identical objects on an axis, this type of balance relies on mismatched items with equal scale or perceived weight. Asymmetrical balance can be seen in arrangements of framed prints or photography on a wall; and in the floor plans of a ranch style residence. 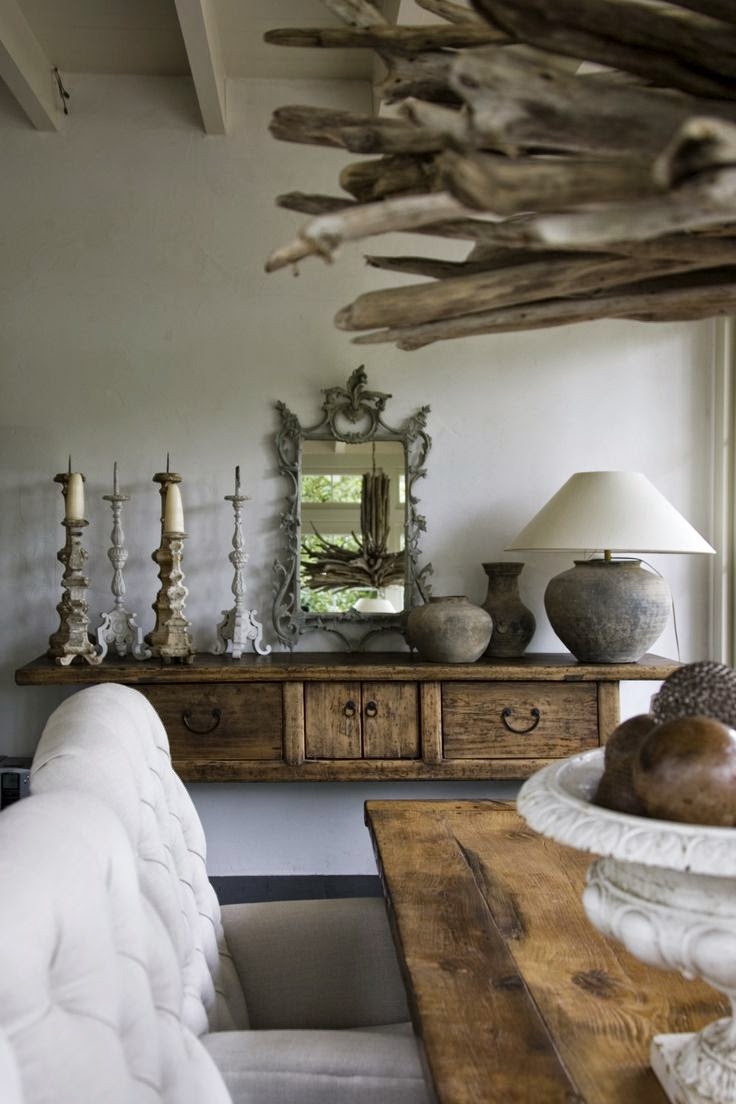 Radial balance is identical or differing objects placed in a circular fashion. It can be seen in modern residential spaces, museums and commercial buildings. Radial balance is chairs around a table in the middle of a room; a crystal chandelier; or the structure of a circular rotunda. It directs your attention to the center of the space or object. It is the least used type of balance. If done right, a space with any of these types of balance will calm you while spaces without balance can make you feel unexplainably uncomfortable. 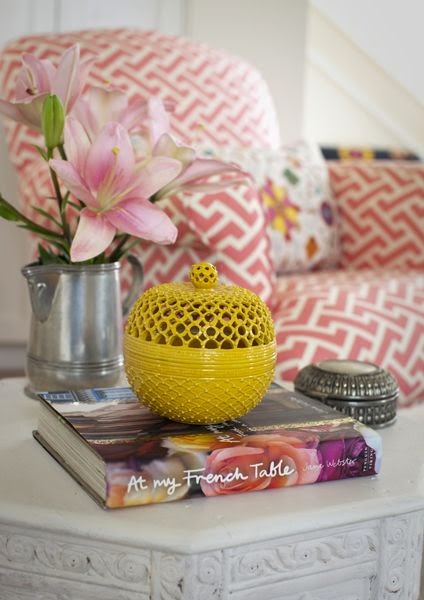 above AMBERINTERIORDESIGN.blogspot
Rhythm (repetition, progression, transition, contrast) is a principle that suggests movement so it often refers to the transition of patterns (as in fabric and wallpaper) and the flow of rooms in the confines of one home. 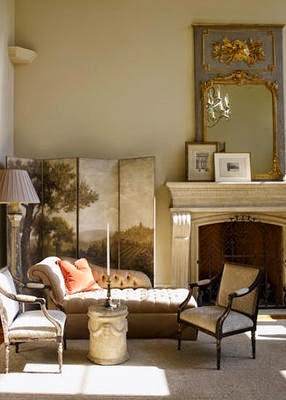 above ROBERT BROWN
Repetition is the simplest way to create rhythm and is done by repeating any of the elements listed above (line, color, pattern, etc.) in a consistent way. It can be found throughout the home in lighting, window and drapery hardware styles among other furnishings. If repetition is too simple it can be monotonous but without it, it lacks unity and leads to confusion. 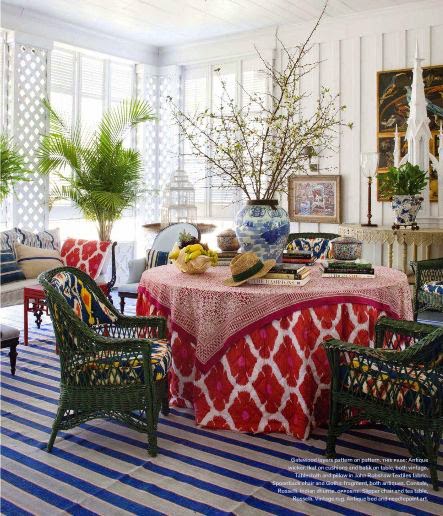 above HABITUALLYCHIC.blogspot
Progression is creating rhythm through gradual yet regular changes of size or color. It’s easiest to see in items like modern paintings, textiles or pottery where one color or texture gradually bleeds into another. It can also be seen in some grand architectural styles. 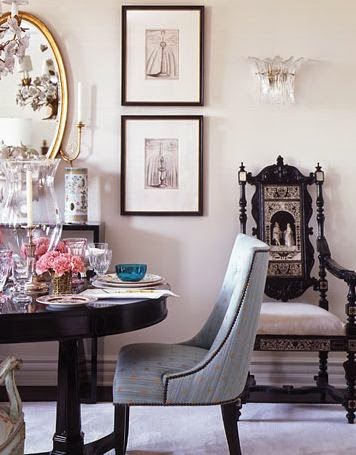 above, the late JOE NYE
Transition in rhythm “gently” leads the eye in a continuous, uninterrupted way from one area to another.  Curved lines, rather than turned angles typify “transition”. The Art Nouveau style of architecture and furniture is a good example of the use of transition, with its gently curved, “organic” forms. A round table or the arch of a door are also examples. 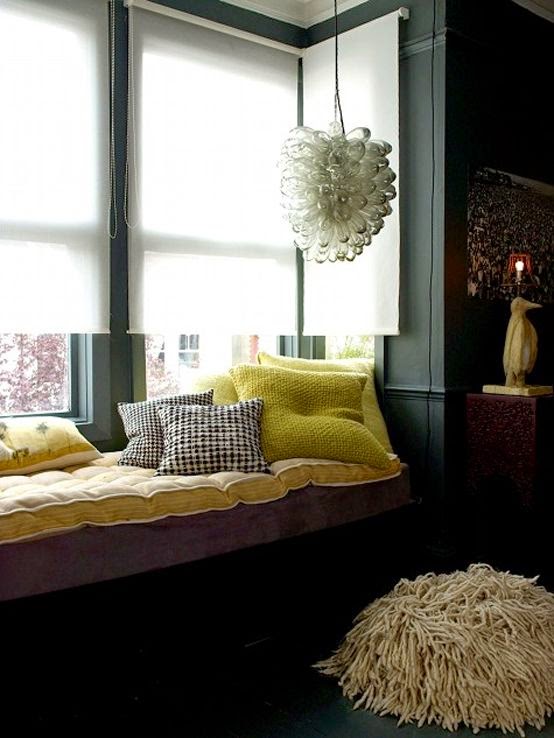 above via DIGSDIGS.com
Contrast is a type of rhythm in which shapes, styles or colors are placed in purposeful opposition of one another to create excitement and visual interest. Squares next to rounds, red with green, old with new. It’s an exciting design concept but to be effective and pleasing to the eye, it requires knowledge and restraint. 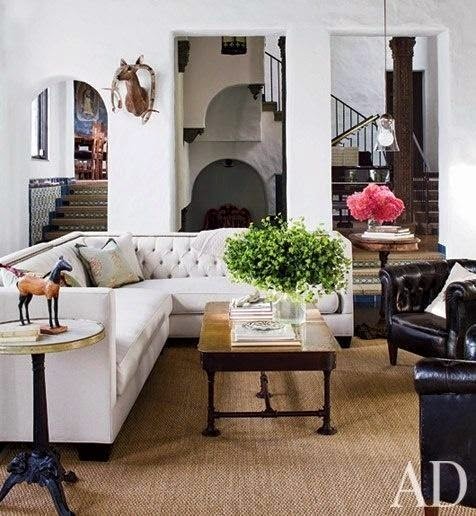 above SHERYL CROW
Emphasis is used as a way to call attention to a preferred focal point or as a way to “anchor” a space. It can be used to describe dominance and subordination in a room or home. It has to do with focal points, and places for the eye to “rest”. Color and scale are two great ways to create emphasis. Without emphasis, homes would be monotonous and without subordination they would be busy and obnoxious. Objects need to work together in a home to flatter, not overpower one another. 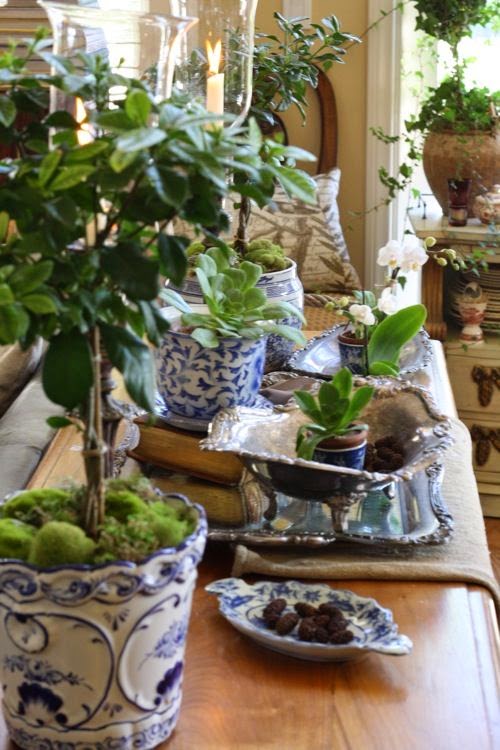 above via FRENCH-KISSED.com
Scale refers to the proportions between two or more objects. These terms can sometimes be used interchangeably. The scale of our homes and furnishings are particularly important for instance, the seat of a chair and the counters in a kitchen or bathroom must be within the human scale to be convenient. Tiny furnishings would look and feel ridiculous in a large space with towering ceilings. Conversely speaking, a small home would be unattractive and dysfunctional with large scale furniture. 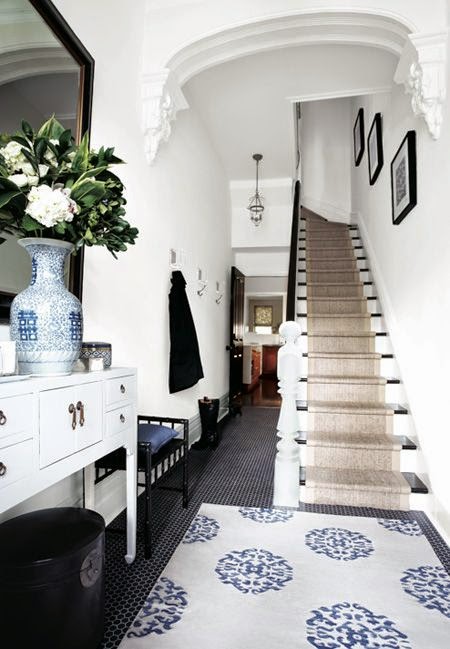 Healing from Loss in the Home and Garden