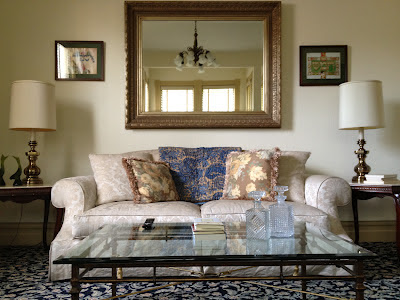 For the past few weeks I’ve been working on a church rectory project. It entailed going to several church owned residences, choosing various furnishings from each, having them moved to the new rectory, and placed. 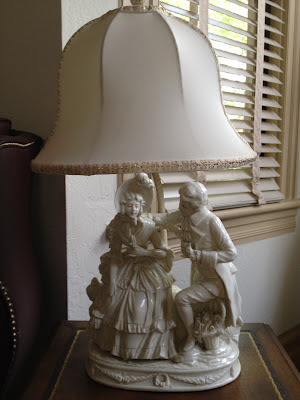 I had a beautiful sofa to work with, a large framed mirror, some interesting religious artwork, and various end tables and lamps. I found this lamp in a spare bedroom in one residence we were picking from. I wondered if it was Meissen but I’m not an expert on ceramics. 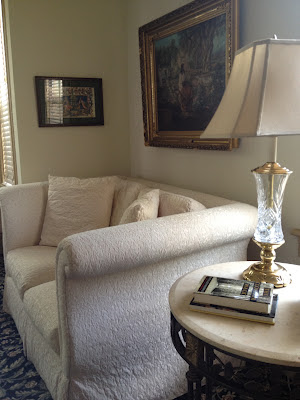 The carpet made a definite statement that had to be worked around. As well, much of the furniture I had to choose from was neutral and made a rather drab space initially.  The end results ended up being rather homey all things considered.

I’m told the priest was quite taken with his new surroundings. Mission accomplished.