The LAST GOLDEN RIVET in the Golden Gate Bridge 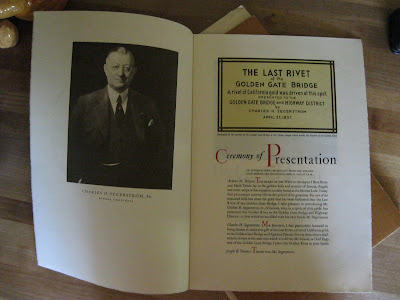 “I feel particularly honored in being chosen to make this gift of the Last Golden Rivet, a rivet of California gold, to the Golden Gate Bridge and Highway District. It is my desire that it shall remain always in the steel into which it is driven. Mr. Strauss, as chief engineer of the Golden Gate Bridge, I place the golden rivet in your hands“, Charles H. Segerstrom.

“Thank you Mr. Segerstrom”, Joseph B. Strauss, in an international broadcast from the Golden Gate Bridge, San Francisco, April 27, 1937 on opening day ceremonies. 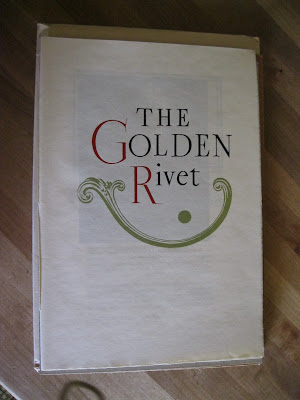 The golden rivet was later replaced but the plaque remains on the site where it was driven making Grandfather a small part of the bridge’s illustrious history. A gold nugget found in one of his mines was on display for several years at the San Francisco Wells Fargo Museum. It was the largest nugget found at the time.

Charles’ descendants are proud of his many accomplishments and the roles he played in California’s history.

“Civilization is a product of many people and many ages. It is a part of each man’s inheritance. What he adds to the sum is a measure of his usefulness on earth. Each does what he can-each gives what he can that the future may be enriched. It is in this spirit I present the gold from California’s hills and fashion with my own hands the Last Rivet of the Golden Gate Bridge” Charles Segerstrom.