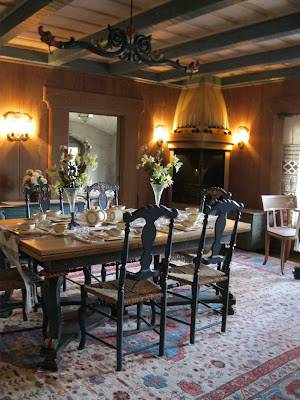 On a recent trip to Tahoe with David, we took an unplanned tour of Vikingsholm, the summer home originally belonging to longtime Santa Barbara resident Lora Josephine Knight. 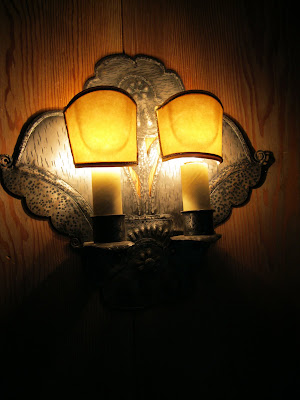 Mrs. Knight was originally Lora Josephine Small of Galena, Illinois, the daughter of a corporate lawyer.  One of her marriages was to a partner in her father’s law firm who passed away shortly after the marriage.  The other was to a stockbroker who she divorced. She built Vikingsholm after the divorce and spent most of her summers here. 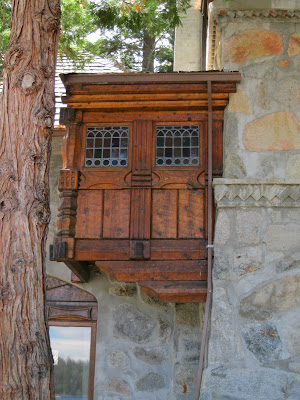 People often assume Mrs. Knight’s ancestry was of Scandinavian decent because of the design of the house, but actually her heritage was English.  She was best known for the landmark home but was also appreciated for her generous contributions to California and Nevada youth groups and churches. 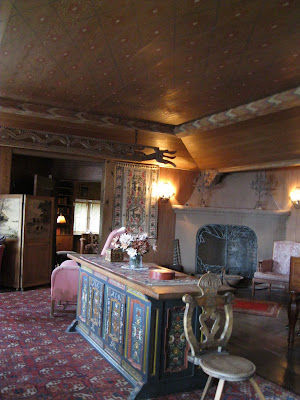 The home was built by some 200 craftsmen.  It was completed in about six months. The timbers were hewn by hand, metal fixtures were hand forged, and many lovely hand carvings were done right on site. 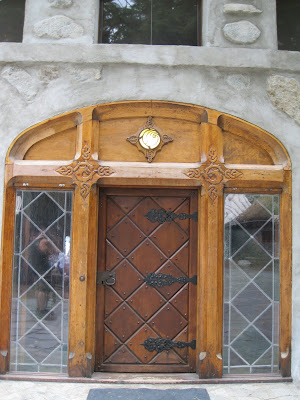 Architectural features include a sod roof, a Scandinavian motif repeated throughout the house, and hanging dragon beams which have been carved and painted.  Mrs. Knight chose the furniture to carry out the theme, often having pieces reproduced from antique designs. 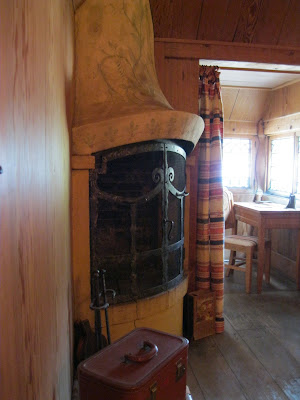 Summers at Vikingsholm under Mrs. Knight’s ownership were tranquil and quiet, despite the many guests who would come to stay. Her hospitality was renowned. Days revolved around fine food prepared by her personal staff who traveled with her.  Tea was served every afternoon, either outside on the terrace or in the library. 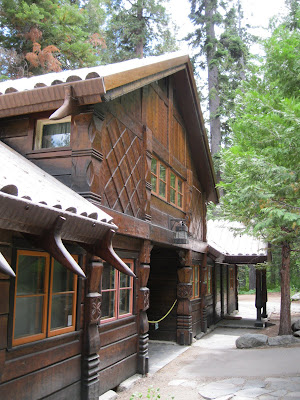 The property on which Vikingsholm sits was purchased by Lora from a William H. Armstrong for $250,000. I find it interesting that she hired her nephew Lennart Palme to design it.  Mr. Palme was a Swedish architect and he accompanied Lora when she went to Norway, Denmark, Finland, and Sweden in search of inspiration. 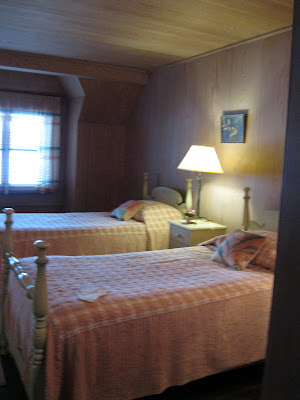 Taking a tour of the upstairs bedrooms, I could easily feel at home as a summer guest. It’s not so grand as to be intimidating but rather, cozy and intimate.  I was reminded of my husband’s childhood home which the children and we spouses affectionately called the Big House.  Truthfully, the Big House was larger and grander but without the spectacular surroundings. Alas, a treasured memory. 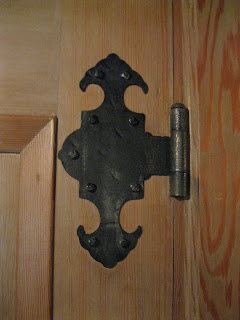 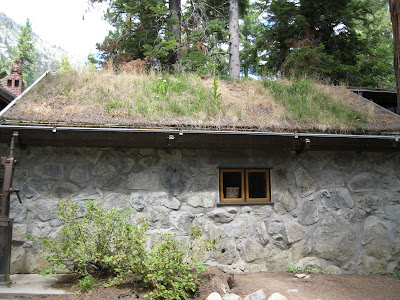 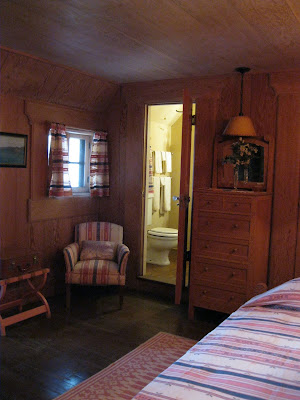 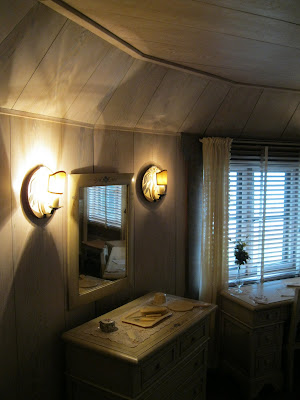 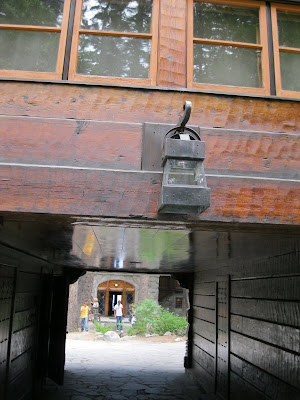 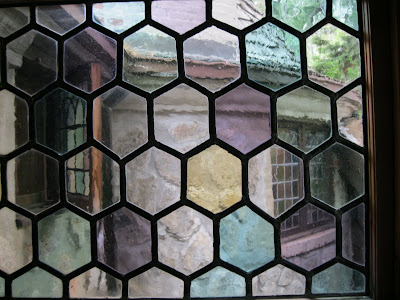 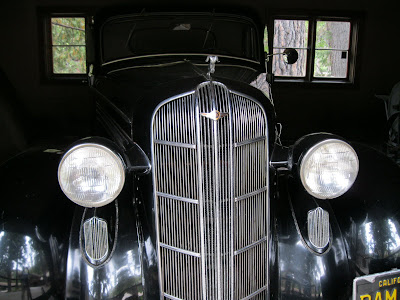 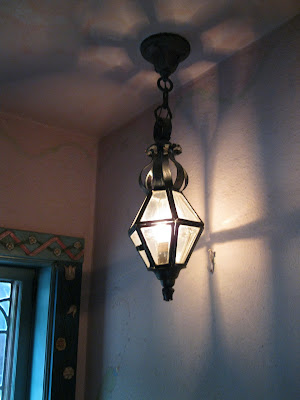 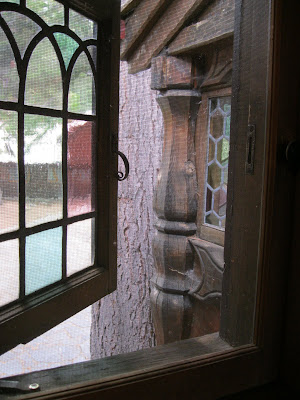 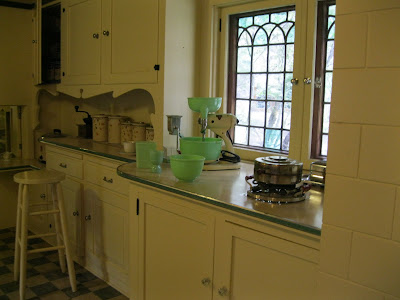 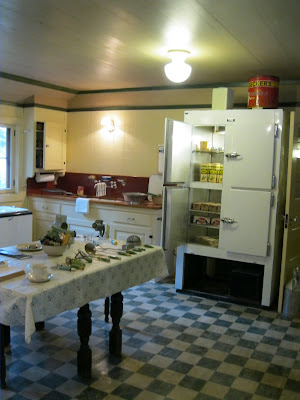 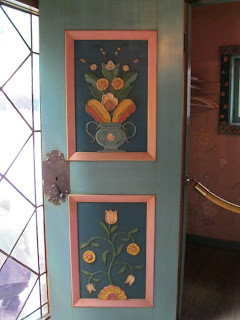 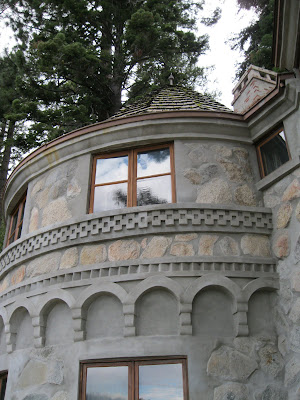 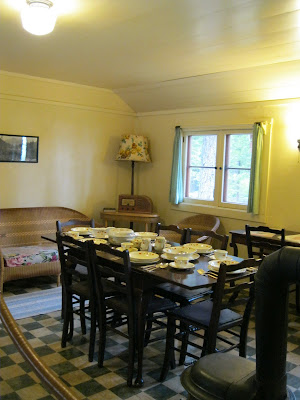 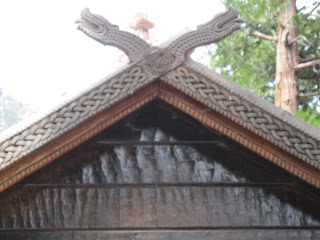 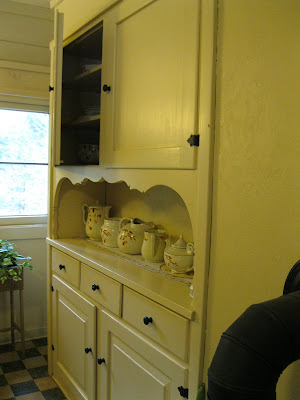 Slice all vegetables in half length wise, except patty pan which should be cut lengthwise in threes.  Have your husband (lol) get the grill heated up. Brush cut sides of veggies with lemon juice and olive oil and arrange on the grill cut side down. Grill about 10 minutes a side and sprinkle with freshly chopped thyme and sea salt and ground pepper.

Zucchini takes the longest and eggplant is the quickest to cook. Stagger cooking times accordingly. 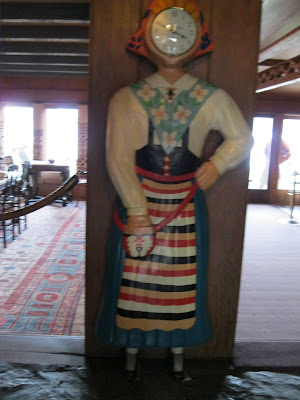